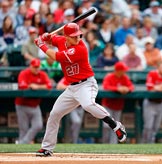 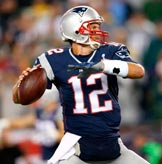 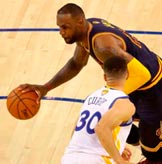 basketball
One on one with a Ref and shot clock 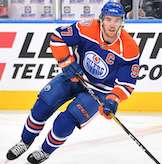 Hockey
Skating and shooting skills in a timed format 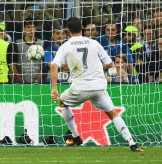 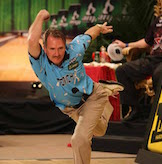 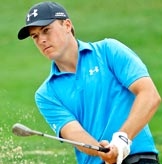 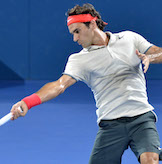 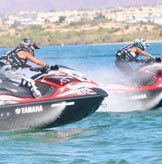 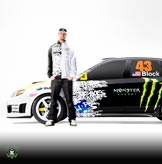 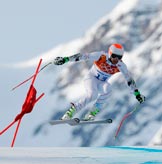 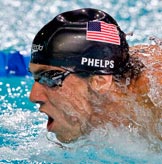 Poker should be a legitimate competition, whether contested in a licensed casino, played legally online or at a private setting. All law abiding poker players should have a right to enter tournaments at any licensed facility in the USA without arbitrary discrimination or apprehension about the fairness of play or their ability to safely collect their winnings.

These citizens must be guaranteed the ability and right to play
for poker`s World Championship; the World Series of Poker Main Event at the Rio Hotel in Las Vegas, owned and controlled by Caesars Entertainment Corp.

Presently, there is no governing body for the "sport"of poker that assures this. The WSOP/Ceasars Entertainment Corp continues to arbitrarily ban any patron they choose for "no cause".

This can no longer be tolerated as the US government has ruled poker to be a legal and taxable entity. All Americans must be guaranteed the right to pursue the livelihood of their choice, protected by our Constitution. Life, liberty and the pursuit of happiness are basic rights.

The LegitPoker.com Sports Challenge brings a focus to these Poker Player Rights for all Americans.

The LegitPoker.com Sports Challenge originated in 2011 and is open to any ranked poker player, with the payout (and entry fee) derived from the lifetime poker earnings of its sponsor, creator and seven year reigning Champion poker pro Andrew Klein (currently over $450,000). $10,000 of this purse is designated to the charity of the event facilitator's choice.

The LegitPoker.com Pro Athlete Challenge is a separate competition, initiated in 2016, that is open to any pro athlete, entertainer or celebrity for a purse of $100,000 (of which $10,000 is directed to charity) with $50,000 on the Sports Challenge component and $50,000 on a heads up poker tournament. The poker will be played at a licensed casino, screened to assure compliance with these Poker Player Rights and all other US laws, in a best two of three match format with a 25 second shot clock to enhance the appeal of televised coverage. 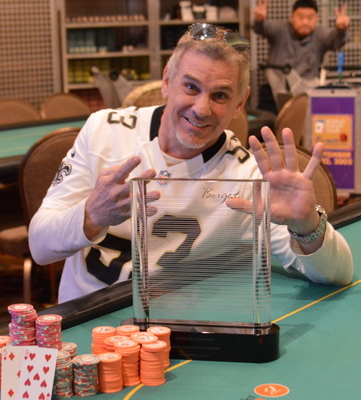 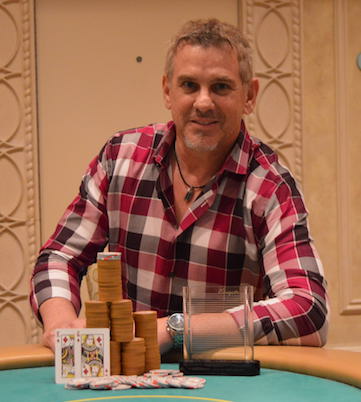 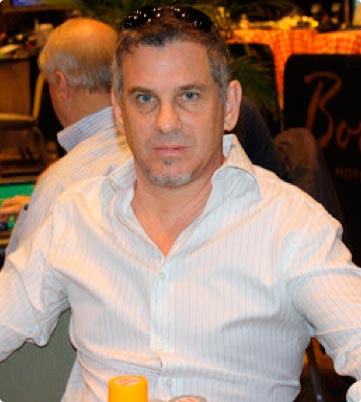 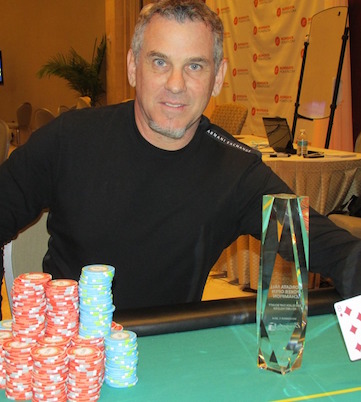 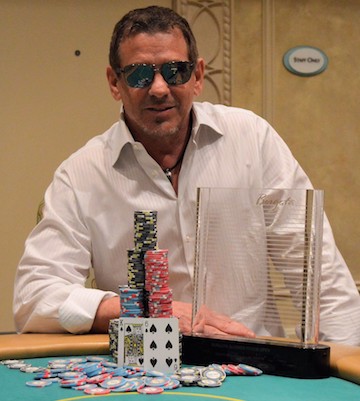 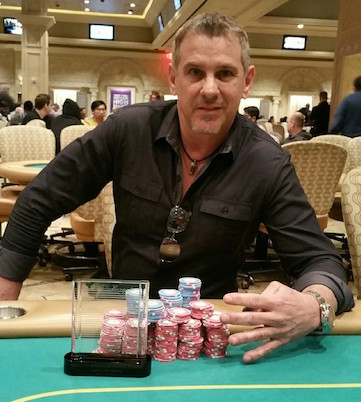 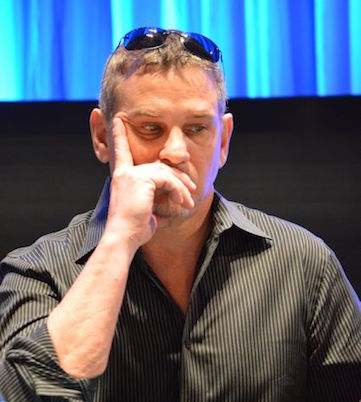 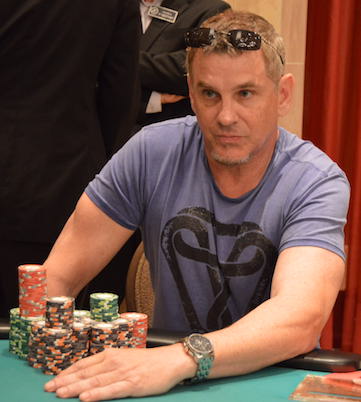 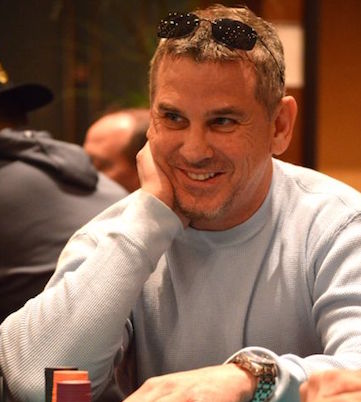 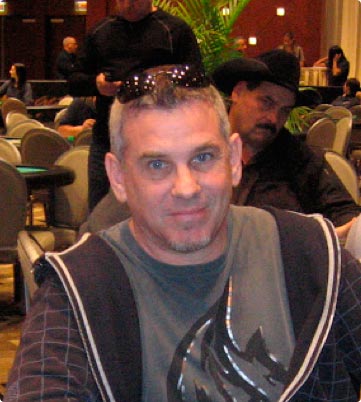 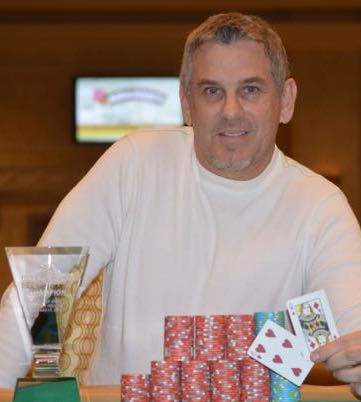 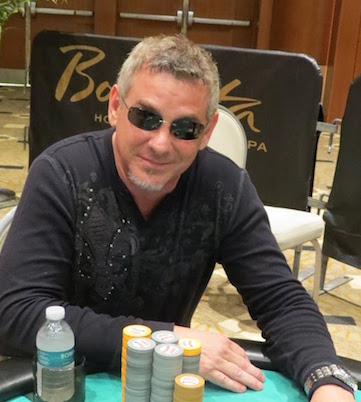 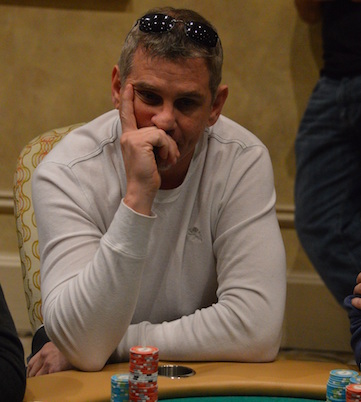 Counterfeited out of fourth title 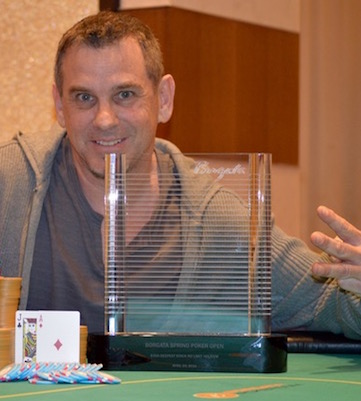 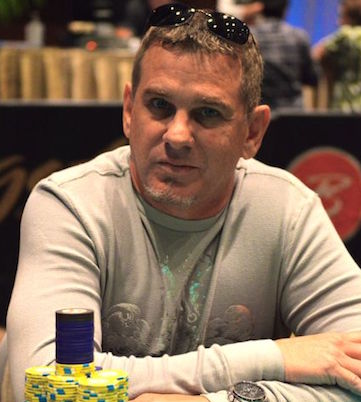 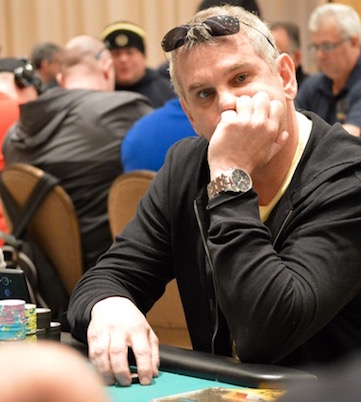 Sure. Until you get banned by @CaesarsEnt and @WSOP for being too good at what you do. https://t.co/YMminbVPPY

@junglemandan Same crickets I heard when I asked you to take my poker/sports challenge*. As a "celebrity" half th… https://t.co/2yZoLaoZrm

Fuck re-buys. Fuck re-entries. Both created by casinos FOR casinos. Freeze-out poker IS real poker. Skill above a… https://t.co/XBpQjdpgBT

Poker's at its best when u can't re-buy 17 times. Where skill trumps cash. Imagine being 8 over par thru 4 hole… https://t.co/gxcXvPn21E

Way to represent @ChrisGotterup ! @RUMensGolf and us RU Alum couldn't be more proud. Have a great season. https://t.co/3eQKn7f1r1

Yo @BrynKenney I am NOT the #1 #poker player in the world. Only the best ATHLETE in the poker world. I'll dona… https://t.co/3KvtEVRLDu

@shonrp2 Not cool dude. What the fuck kind of example is that? The two ends of the spectrum, you and @A_kamara6… https://t.co/v222UBrysH

•Too good as a HFT floor trader...NYSE changes 200 yr old rules. •Too competent managing money at a blackjack tabl… https://t.co/0l2Mhr0qfi

A fight? These guys? LOL Few are less worthy of being advertised as "battlers" or "warriors" than poker players, e… https://t.co/Rl1ERpjL5s

You kidding? Been "putting" w a 7 iron from just off the green since my Grandma rest her soul taught me the techni… https://t.co/LcbUvJfKZf

What the fuck is fair about poker? https://t.co/HNL7OKMNvq

For the 500th time... anybody else see the need for a #PokerCommission ? https://t.co/xO0TwlKhco

...cuz of luck and opportunity components. Spot on. https://t.co/CsCgMkw6Di

GOAT in #poker is a matter of opinion. Ain't no GOAT in poker...luck/opportunity factors render that title moot. O… https://t.co/ecLejqSEYP

who's the best athlete of his peers?

Few players under the spectrum of sports covered by ESPN have ever come forward and publicly declared themselves the best all around athlete among their peer group.

Mohammed Ali proclaimed his greatness within boxing then proceeded to back it up.  Deion Sanders proved it in football and baseball.

In today’s social media driven world, anything an athlete or celebrity says, tweets or does, is instantly dissected and looked at from every possible angle. To declare themselves the best all-around athlete in their sport, back the claim with a sizeable chunk of cash all the while offering potential challengers a clear path how to dispute it could be potentially devastating to their careers.

So it is no surprise that LeBron James or Aaron Rogers can’t, or simply won’t, claim their dominance over their respective fields of players.

Hardly known outside of Borgata's poker community, this 54-year-old poker player has done just that...claiming to be the ‘Best Poker Playing Athlete’ on the planet for the better part of the last half dozen years.

Klein's late start to his poker career was precipitated by his search for an alternative activity to his active sports life and something where he could heal up from his latest sports injury, a gruesome lower left leg break sustained playing basketball in 2009 that required titanium and total ankle reconstruction.  It did not take long before Klein's talents on the felt shone through, notching a fourth place finish in the 2011 Borgata Summer Open Championship for a nearly $60,000 purse in his very first Main Event.

Since that initial score, Klein has become one of the most feared and respected players at the East Coast’s preeminent poker destination, with more than 40 rated results, over a dozen final table appearances and three Borgata Poker Championship trophies all while playing against some of the region and country’s best poker players.

But is poker a sport?  "Haha... umm... I can't say it is." says Klein. "But I can defer to the US government's opinion on this one.  Traveling poker players are issued P-1 visas to play abroad.  This type of visa is reserved for athletes and entertainers.  Poker players, for the most part, flip cards and say routine things.  That can't be entertainment.  You can't really be less entertaining and be on television and make big money.  Insert Kardashian joke here.  But I didn't make the ruling. "

Despite taking on the best that the poker world has to offer, turning down no opportunity to compete at the highest level, Klein has not had the same response to his own challenge.  In fact, not a single professional poker player has taken Klein’s challenge to battle his claim.  "I'm not surprised. I said in 2013 that I would retire my title undefeated, and probably unchallenged; never have to step on the field".  Klein [@PokerAthlete on Twitter] then added "I'm just one senior poker player calling out all generations of poker players for the smug, pudgy, lethargic bastards that they are.”

For the insanely competitive Klein, this is a frustrating dilemma, as anyone can talk and make an outrageous claim but backing it up?   That’s where the men and boys separate and real champions are made.  Simply put, Klein wants the ability to defend his claim, defend his title, before it’s too late.  So why hasn’t anyone in the poker community stepped up? Maybe because it hasn’t been explained, hasn’t been promoted or marketed on a national scene.  That all changes now, as Klein wants make certain that no poker player can say they never heard of him or his challenge.

It’s a diverse Tridecathlon, thirteen sports, an event for every card in the deck. Simply win seven and take the title and Klein's lifetime earnings of over a quarter million dollars. In this challenge, as in poker, you can only win what you put in the pot so anyone taking this gamble has to match that wager.

The challenger must have over $100,000 in recognized career live tournament earnings, a national ranking in the Top 2000 (Global Poker Index Ranking) within the last five years and be an active live tournament player with at least 30 unique live Texas Hold’em events played within the past year.

A left shoulder injury in 2013 that required surgery accompanied by right arm issues had Klein contemplating retiring his title at the age of 55.  With the strength and motion returning, he recently stated “I’m actually feeling better lately, I may (at 55) decide to extend the duration of my open challenge until I’m 60.”

That would accomplish two goals of his; to run his string of consecutive titles from 2011 to 2021 surpassing all major sports consecutive championship records and also edging past Satchel Paige, who incredibly pitched in the Major Leagues at the age of 59. Not to mention establishing himself as the greatest poker athlete of all time.

Perhaps this article is the catalyst that gives Klein that opportunity, persuading a poker player half his age to get off the felt and out to the field to challenge for this one of a kind title.  "Since I don't believe I'll get a challenge from the poker world, and I sure ain't getting any younger, I'll issue a new challenge for 2016 open to any pro athlete, entertainer, or otherwise celebrity."

"It's a $100,000 entry tournament with $10,000 of the purse going to a worthy charity of ESPN's choosing.  Straight up, no handicaps (ahem...Shaq).    The format is $50,000 on the Sports Challenge and $50,000 on a heads up poker tournament. No title at stake here... just a chance to battle for a good cause.  So please... Paul Pierce, Cristiano Ronaldo,  Michael Phelps?  Let's go!"  [PokerStars Team SportStars includes Cristiano Ronaldo, Neymar Jr, Ronaldo, Fatima Moreira De Melo]

Every great competitor and athlete deserves a chance to perform before the world and his peers.  In the end, that’s all Andrew Klein really wants... a chance to prove he is in fact the world’s "Best Poker Playing Athlete".   And not a bad poker player either.

Thank you! Your message to Andrew has been sent.